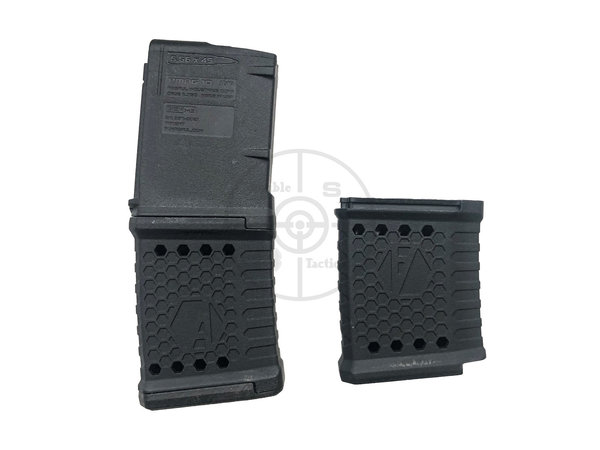 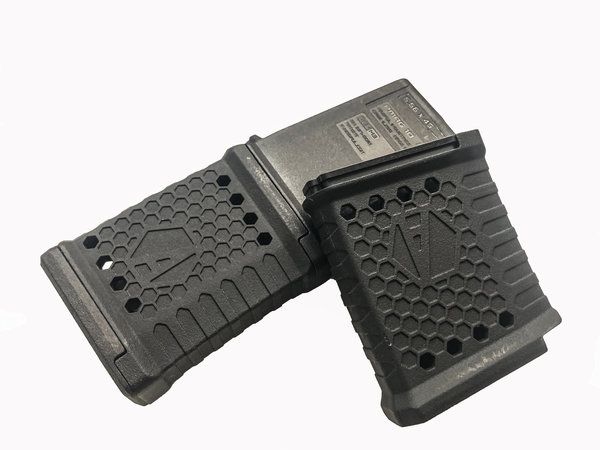 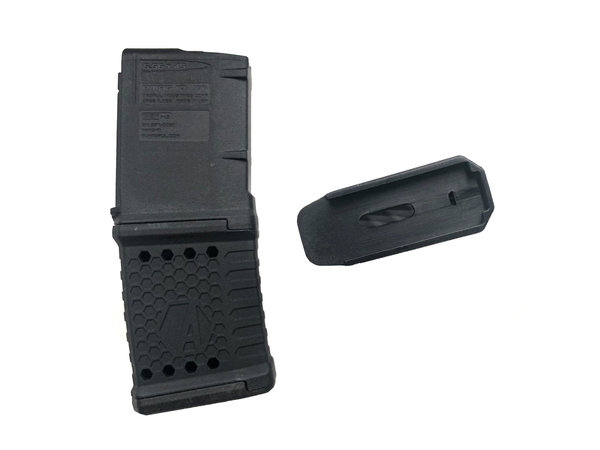 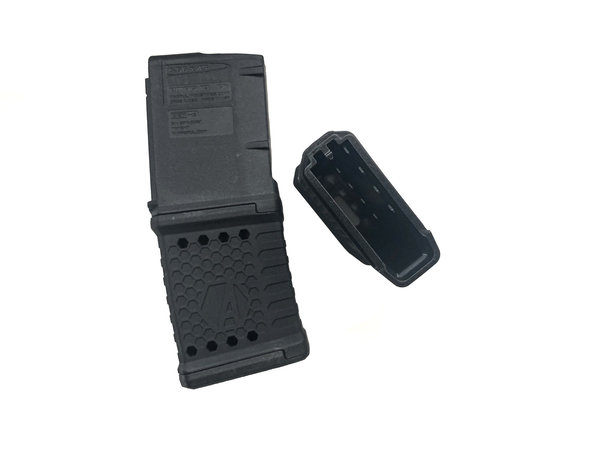 incl. VAT, plus delivery
In stock

Extension of the 10 Round Magazine as a Handle, for optimal Handling

AlphaGrip solves the problem of the short 10-round AR-15 magazines from Magpul PMAG Gen3, so that they can be optimally grasped. The handling is therefore optimal for the Magazine change.

The external structure of the AlpagGrip creates a reliable grip between hand and magazine.

The AlphaGrip can be mounted on all commercially available Magpul .223 PMAG's GEN3.

It is important that the loading capacity of the magazine is NOT changed when using the AlphaGrip .

Through the side holes on the AlphaGrip you can clearly see that it is a hollow body and the loading capacity of the PMAG 10-shot magazine remains unchanged.

Scope of delivery: 1 AlphaGrip without magazine

Magpul PAMG magazine on the pictures is only used to illustrate the AlphaGrip and is not part of the delivery !!