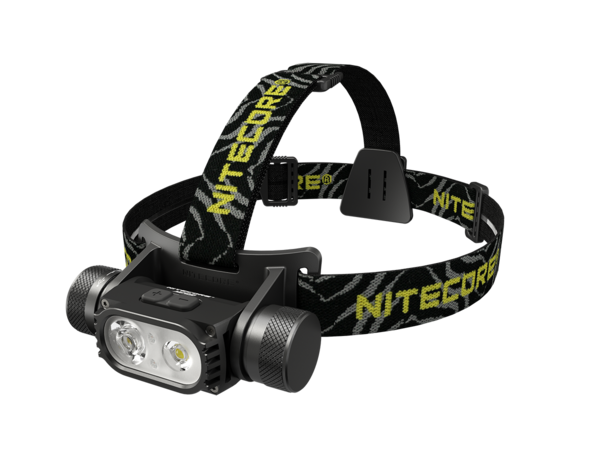 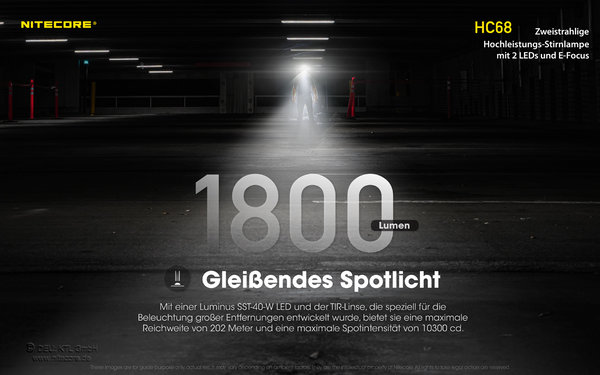 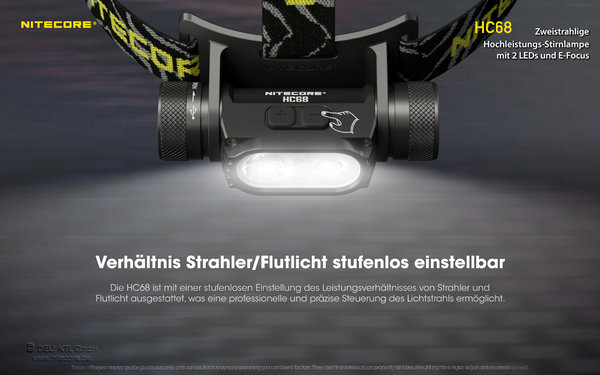 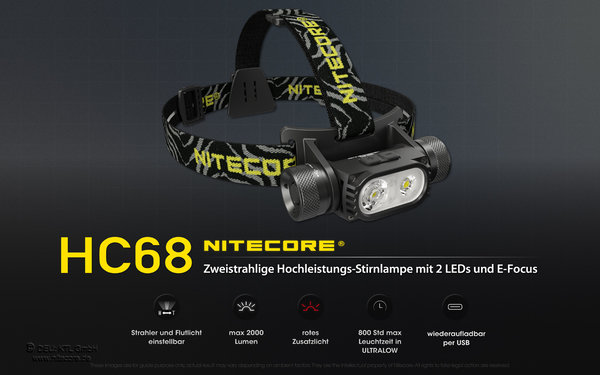 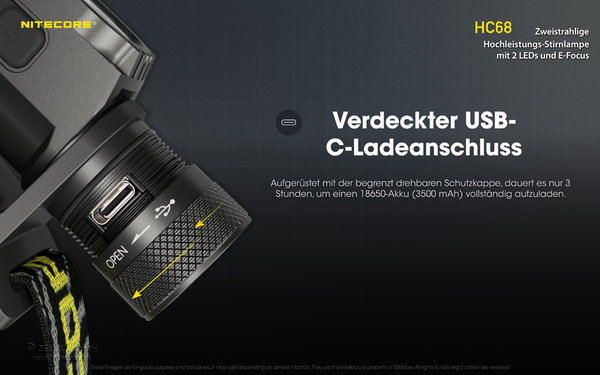 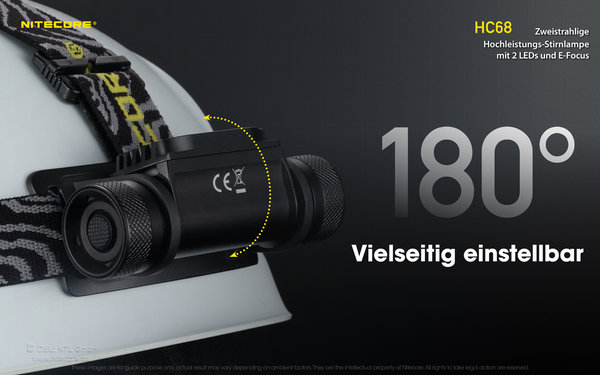 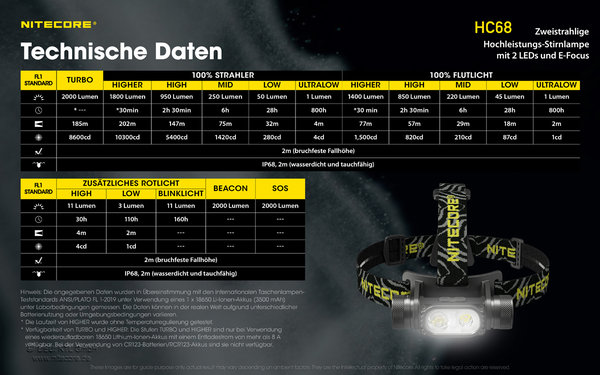 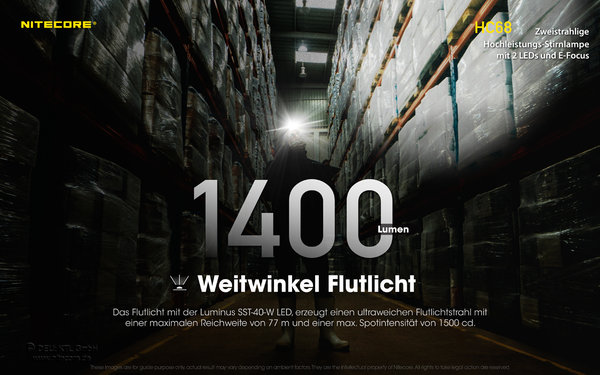 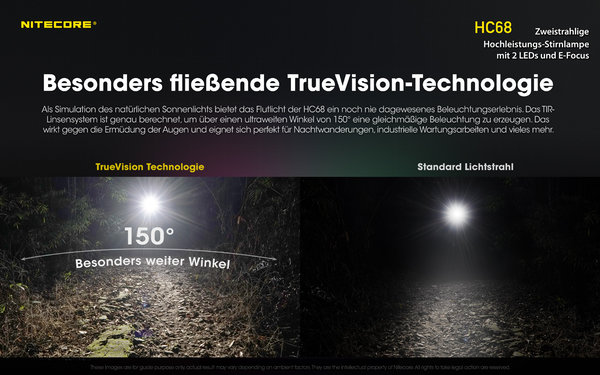 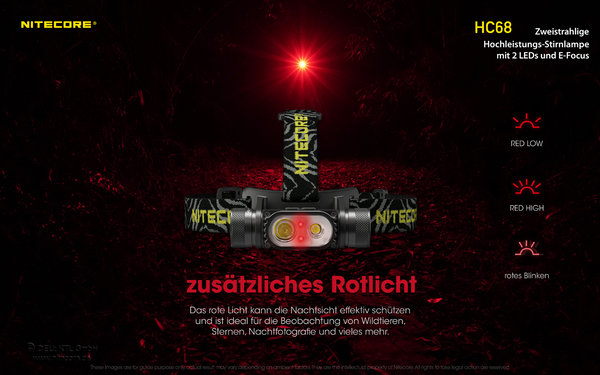 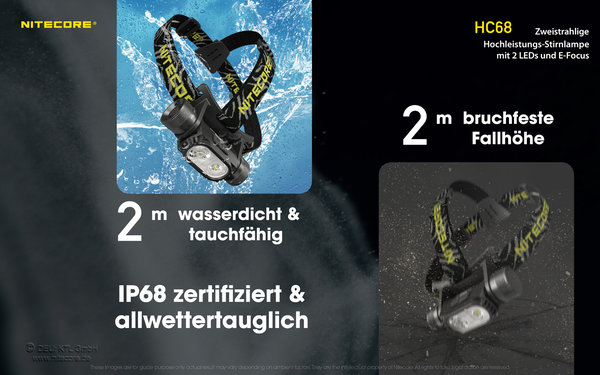 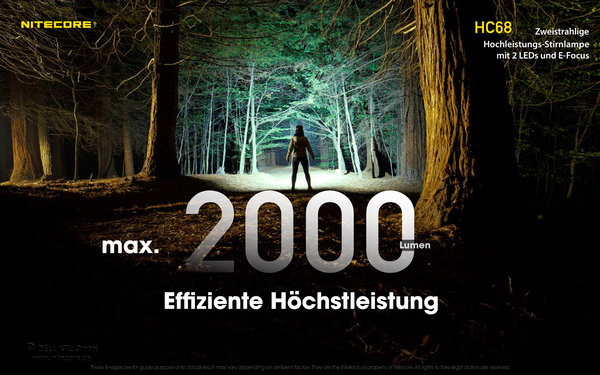 Nitecore HC68 is a compact and powerful headlamp with 2000 lumens of maximum output. The HC68 is equipped with two Luminus SST-40-W LEDs. One LED acts as a floodlight, the second as a spotlight. The light beam can be focussed almost continuously with the E-Focus patented by Nitecore. Operating the Nitecore HC68 is simple and intuitive. The included Li-Ion battery NL1835HP is charged via the integrated USB-C port in the lamp. The red additional light achieves a luminosity of 11 lumens and maintains night vision capability, the red light has two light levels and a flashing mode. The housing made of aircraft aluminum ensures a safe fall height of 2 meters and a water resistance of 2 meters (IP68). To protect the electronics and the battery from overheating, the HC68 is also equipped with a temperature control.